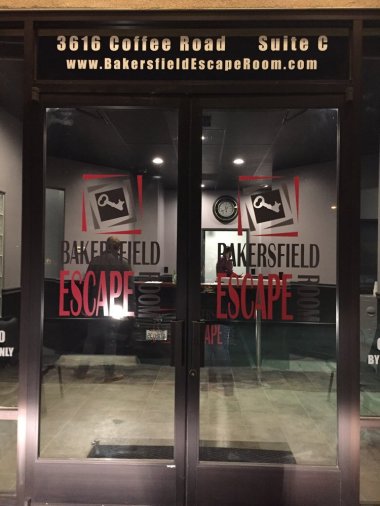 This is a very professional escape room company with top notch staff, desk/lobby, and office building with ample parking. They have their marketing materials and website on point. As a matter of fact it feels a little franchised and doesn’t have the heart and passion that many of the smaller family run companies have.
The room decor is minimal. It is themed, but it feels a bit like they decided to theme the rooms around something that would fit into an office space as to make the space work with the story.

We played both the Winter Fall & Rescue. Neither is really about escaping the room, either.
Winter Fall is significantly easier and it’s a smaller space. However it is way less logical than Rescue. There were logic jumps my husband made to solve puzzles that I still don’t understand. I was much better at finding things this time around. They had one interesting puzzle that I liked, but the rest were lacking creativity. We escaped with time to spare.
Rescue is larger and more difficult. However we got through the first part of the game very quickly and got terribly stuck on one puzzle. I literally asked for a hint to no avail. We got frustrated and kind of gave up. Then we finally got a hint and it wasn’t helpful. Afterward we spoke to the game master and I told her something else would have been more helpful and she said she couldn’t give us a hint like that. It felt like they didn’t really want people to get out of that room. Apparently nobody has.
Now I don’t want you to think that I’m upset because we didn’t get out. We don’t get out of a lot of games and still enjoy them. I was frustrated because I think there is a major flaw in a game if you can’t give a hint when someone asks for one after spending at least 10 minutes on the same frustrating puzzle and NO ONE has escaped. We’ve played over 70 games nationwide at this point and we didn’t escape one of my all time favorite games in Baton Rouge. This location just has some issues with their puzzles in my opinion. I also think they could be more creative overall and also be careful not to have similar puzzles between games.
If you are in Bakersfield and have already played Room of No Return, then check these rooms out.