Picture if you will an episode of Hoarders taking place in the warehouse of a Halloween prop and animatronic collector and that’s a good start for imagining Netherworld. It was beyond anything I could’ve expected. This sensory overload walk through haunt had me so stunned by the halfway point that I’m sure my eyes glazed over. I’ve never seen so much stuff in a haunt. It was incredible. I can see why it makes so many “Best Haunt” lists. It’s just incredible. The amount of stuff was so overwhelming that it would be impossible to really see everything in just one pass through. I would expect that even after the 10th or 12th time through, a guest could still find things they’d missed. There are also actors flying around and puppeteers and sound/lighting effects throughout the journey. There’s a room at the end that is full of soap suds called a Foam Room that you can choose to walk through. I did not go through it because as I walked up to the entrance a boy ran out of the entrance into me knocking the wind out of me. I decided that as long as the group of boys was horsing around in it I would pass on the experience. I didn’t actually find the haunt scary thematically and honestly the jump scares were a little far and few in between, but it’s still an impressive haunt worthy of a special trip. 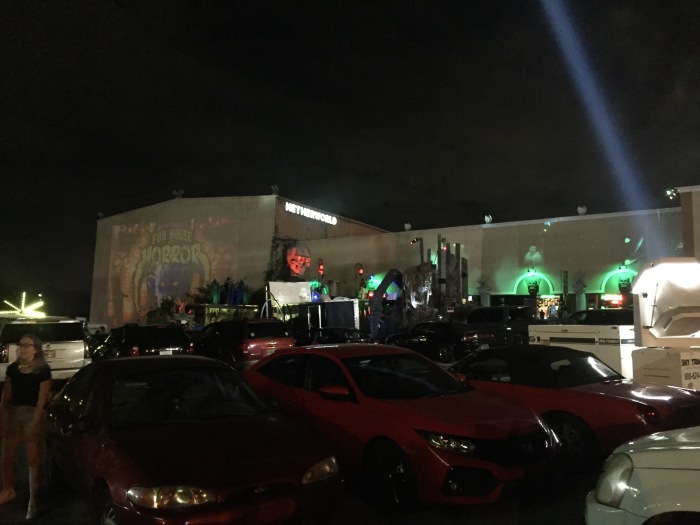