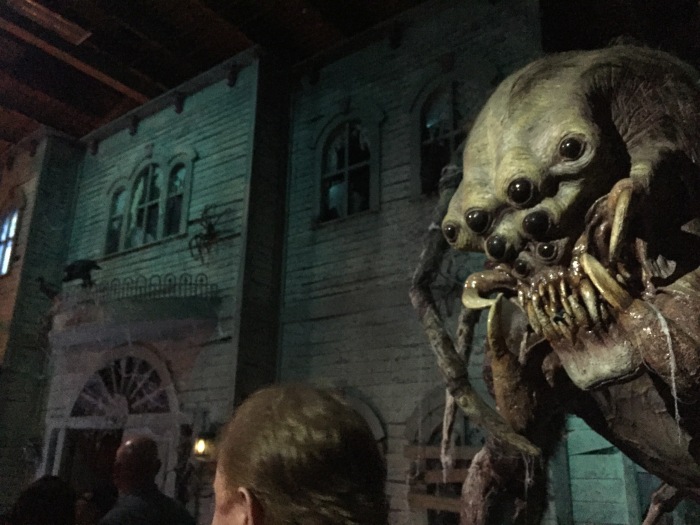 Factory of Terror is a good standard haunted attraction. It makes a lot of top haunt lists, but I wouldn’t say it’s really worth a special trip. It’s got some great visual moments and really elaborate puppets, set and tech at points and then there are large sections lacking creativity.

I did enjoy the mirror maze and some of the moving floor and wall effects. I felt the use of vertigo tunnels and airbags was excessive and ineffective. There were A LOT of very loud sounds throughout that eventually became less of a jump scare and more of a headache.

Factory of Terror claims to be one of the longest haunted houses so we expected much more, but it was simply multiple small haunts. One of the most frustrating things about the event was the theming inside each walkthrough. It was very difficult to figure out what was going on because they were divided up as if to have distinct themes but once inside each maze seemed to change within itself as if they didn’t really know what story they were telling. Stronger theming within each maze could help the actors make stronger character choices.

There were a handful of very talented actors, but overall most had no idea what they were doing. It really felt that they lacked proper training. One entire walkthrough was basically growling. The maze with the large gargoyles in front had some of the best actors and one incredibly unprofessional actor (the first scare when you walk in) was literally playing on her cell phone and looked up annoyed when we stared at her waiting for her to do something and then waved at us as if to say, “move along, stop bothering me.”

Overall Factory Of Terror seemed to be run by nice people that have a passion for haunting, but need some tweaking and the actors need training. If you’re in the area definitely check it out, but I wouldn’t drive far out of your way to see it. 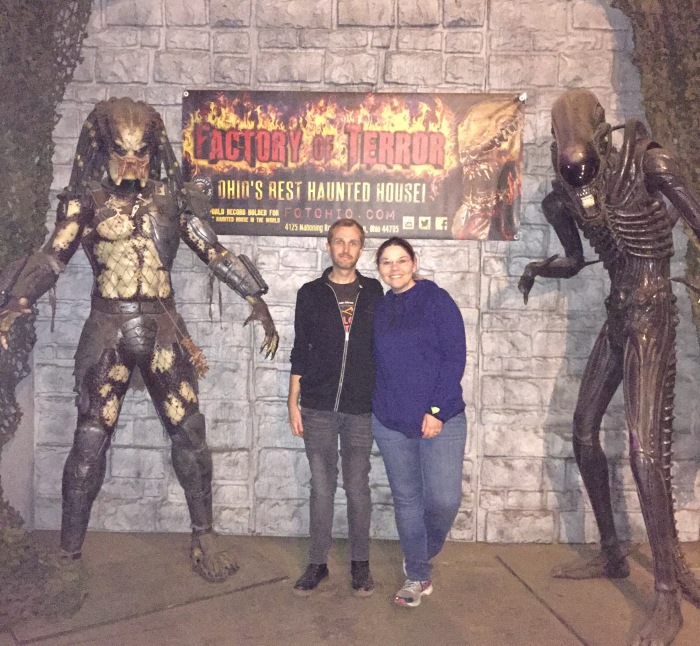